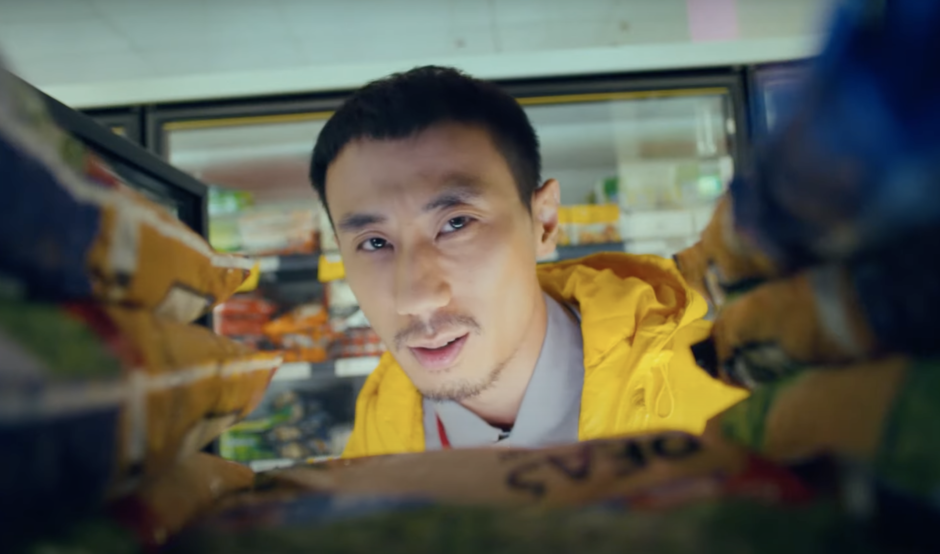 This ad unearths a universally human experience, then wraps itself inside a unique, culture-specific, heavily-branded, witty and crazily memorable musical expression. This is in stark contrast to most ads being done by pretty much every ad agency/client in Australia these days, where they reverse this pattern; the overwhelming majority of “big agency, big client” ads suffer a poverty of content, form and branding. They confine themselves to a narrow, culture-specific cliches & tales and dress in stale – often sullen – nonspecific and unbranded generalities. And their creators often have such a lack of self-awareness as to refer to their own creations as “emotional”!

Another major reason why I love this ad is that it’s based around a great jingle. Jingles are truly wonderful, and something we’ve seen few of in big-budget advertising since the heady successes of the MoJo era. Successful creative protagonists like Ted Horton use jingles often – to great, if not underappreciated success – however original jingles are less common, for some inexplicable reason. And to clarify – moody, down-tempo, high-echo acoustic guitars and a close-mic breathy vocal cover of an up-tempo 80s hit are NOT jingles. They’re depressing, “BBC documentary-style musical wallpaper” to the poorly branded montages of vignettes passing off as ads these days.

Further, this advertisement creates a range of brand assets and provides a platform for them to prosper as commercial tools to achieve future business objectives. It’s not just an ad, it’s a rich loam for a long-term campaign. As a planner, I look at this and think: “Oh, there are so many commercial toys to play with here”.

Mostly – it’s tremendously respectful of punters going about their daily business in order to get points. In every one of us, there’s “Unleaded economists” and “Ministers of freebies”. Shopping, buying meat pies, making kids lunches, chicken chips, having another martini. Non-judgemental. Egalitarian. Celebrating prosaic life and lives. This is rare in an industry too often glorifies and communicates with the mindset and language of young, insular, inner-city hipsterdom and Cannes reference points. It’s open, pluralistic, energetic, fun, joyful and excellent to watch.

And with all due respect to FlyBuys, let’s not pretend it’s an easy sell. It’s a tremendously difficult sell. It’s a loyalty scheme for a supermarket for crying out loud. It’s a pain. In a privacy-sensitive world, it’s an increasingly concerning category to people. And yet this ad manages to re-frame it into a subject that most of the progressive internet busybodies would freak out about: Selfishness. It’s about you. We know a lot about you, and in return, we can give you what you want. “Take more”. Spend. Earn. Enjoy life. Buy some shit with the points. To borrow the lyric of the 2001 house classic by Jon Cutler: “It’s yours”. I love it.

It’s actually depressing to watch in a sense – because it reminds me that most of the time in marketing there are so many highly paid pretenders, shit agencies, bed-wetters, “gurus”, ill-prepared marketing managers, scammy social media influencers, anti-capitalists decrying “ads about business” and pushing delusional brand purpose, and bad investments based on the flimsiest of evidence. As a result, most of what is made in the name of growing businesses is a waste of shareholder money, shockingly bad, uncommercial, contrived and dull. There are some talented, smart, commercial, analytical, capable, commercially minded, creative and brave people in the industry. And when I see something so good like this massively great TV ad, I think… Why can’t these people be liberated and enabled to aim for an outcome this good? Why can’t it be this good all of the time?

Anyway, enough from me. Here’s the ad:

Why are all US Presidential campaigns asking you to text?
25 February 2020

The most valuable part of Tiffany is the colour blue. LVMH paid $US16bn for it.
26 November 2019
Delusional “brand purpose” is destroying businesses
21 November 2019